Tomorrow is the first blank page of a 365 page book. Write a good one

We are absolutely sure it is going to be a Very Great Year for all our Guests.  Each day will be a new page of experiences, local and unique, personalised and at their own pace.

You are most Welcome home anytime!

Wish you a really wonderful year, a year filled with peace, love, health and harmony. 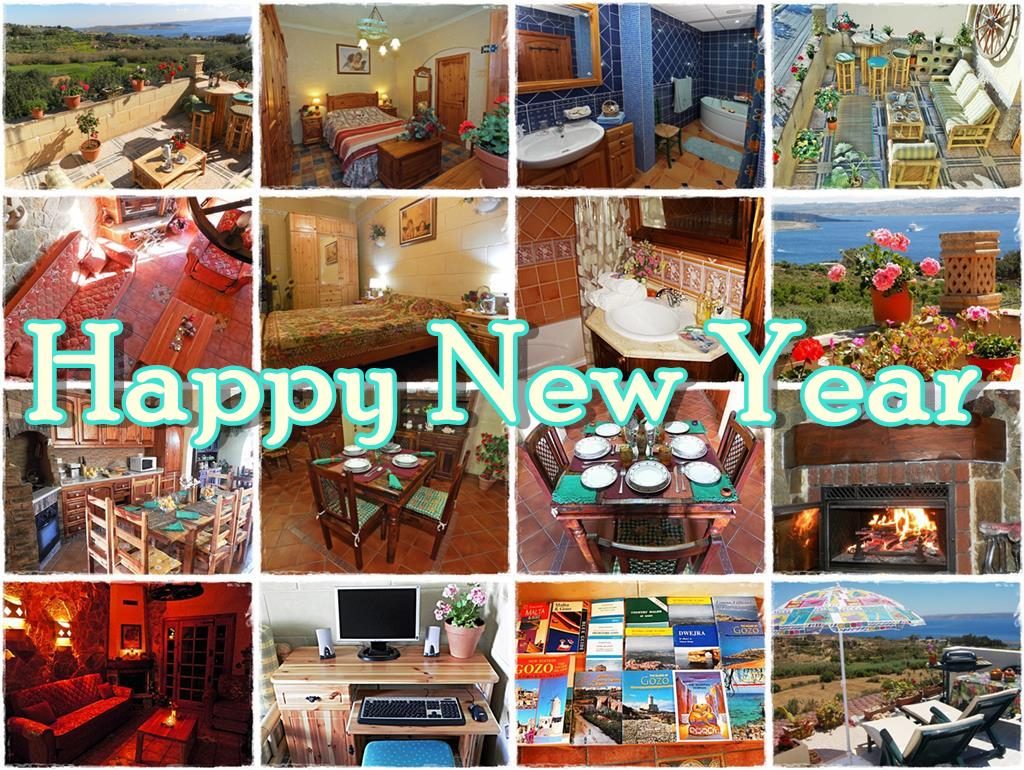 The preparations are in full swing for the opening of the 8th edition of Bethlehem f’Ghajnsielem. Work is taking place both on site at Ta’ Passi fields and behind the scenes with several promotional campaigns and the publishing of informational material.

The Nativity Village is being opened on Sunday, the 11th of December by the Prime Minister Dr Joseph Muscat at 3.30pm. The ceremony will start with a Christmas concert by St Joseph band at 2.15pm in front of the main entrance.

The organisers said that this year the focus has been in strengthening the visitor’s experience. The Bethlehem f’Ghajnsielem map shows a Roman Garrison stationed in Fort Chambray (which is being turned into a Roman Fort). The general public will be invited to visit the area and even join the army to play traditional games. Meanwhile the Roman Garrison will also be patrolling the streets of Bethlehem, collecting taxes and taking the census as decreed by the Emperor, Senate and the people of Rome.

While several panoramic hotpots are being promoted for the phonographic enthusiasts. The secondary entrance from Mgarr Road has been widened to allow better flow of people entering and exiting the nativity village.

Book reading sessions for the young children will take place and several professional actors are expected to take part.

For the first time, the organisers are also opening the acting to anyone/any family who wants to be an actor for a day in Bethlehem f’Ghajnsielem. This would be a unique lifetime experience. To apply please click here.

Once again there will be several attractions including the carpenter and blacksmith’s dwellings, the bakery, an open-air market selling seasonal fruits, fish and a wide selection of vegetables, a local crafts area promoting traditional skills and folklore, a tavern, a farmhouse with panoramic roof and the Bethlehem Inn.

Children will have the opportunity to learn about Maltese folklore or try several ‘hands-on’ tools while families can enjoy the unique surroundings of the Maltese countryside or try some local savoury.

Visitors can also cross a rope bridge to take a trip along the river on a Maltese boat. The main attraction certainly remains the grotto, with baby Jesus in the caring hands of Mary assisted by Joseph with a donkey and a cow close by.